Some new artwork I'm working on in the Opera Series.

First, the red dramatic one:
Carmen is a mix of watercolour, and pastel/pencil.
This one is more painterly and less of my art nouveau line work.
Painted on brown paper, hi-lites have been brought out with the paint and pencil.
I'm excited to see how this one looks on fabric- I think it will make a spectacular couture purse.
The pose captures Carmen in the midst of a dancing leap, full of life and just above heaps of skirts. Free and lively at a glance, there's a little fraying/decay of the letters hinting of the unraveling of love and happiness. 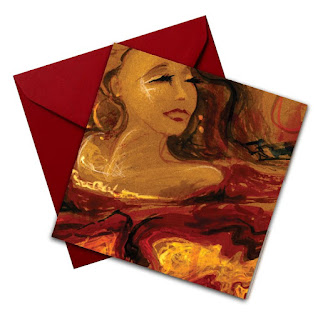 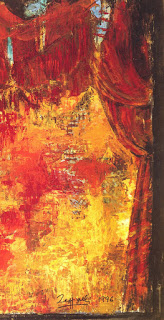 The Zeffirelli curtain design...
Inspired by: Zeffirelli's sumptuous scenic renderings for the Met production. First saw his designs by chance- in a full exhibition on his work in Florence..... beautiful. I love his style, and his sense of texture and scale and colour and well, everything.


Lulu, the quintessential art deco woman, and a blank canvas for the men in her life. She's a beautiful and playful fem-fatale. I've decorated her with feminine trappings of beads and feathers in just as playful a fashion. 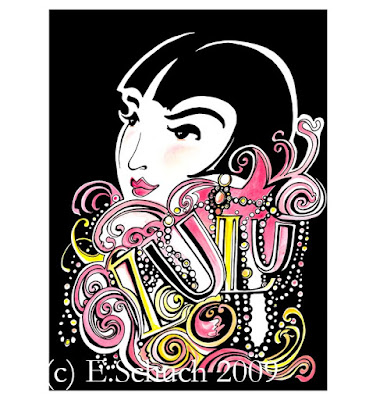 Inspired by: Art Deco adverts and posters, and the bobbed silent screen star Louise Brooks.
Lulu is a less well known opera, but a great character to work with.

After I'd completed my inking and selected my colours- I happened upon this actual poster from the period!
I was shocked a bit- but at least I was on the right track for the era. 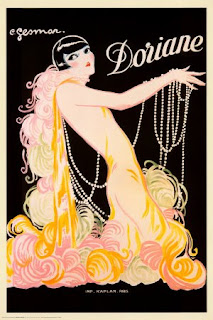 Tosca: After doing some on-site research in Roma, with a trip to the top of Castel Sant'Angelo (where the opera tragically ends), I felt the angel made the perfect image of Tosca's justice.
Normally pictured with knife in hand- here we have Tosca nervous before her lover's "execution". The angel in the statue wields the sword for her, she has recently killed Scarpia. 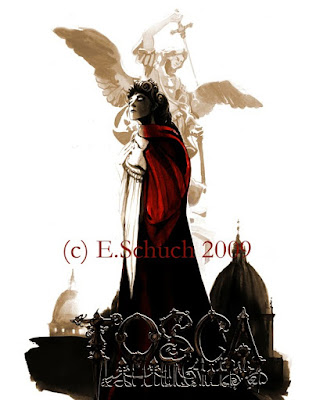 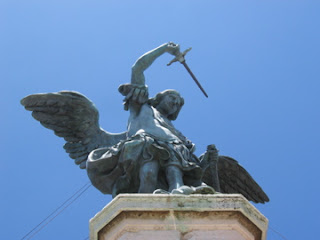 “Tosca combines Puccini’s glorious musical inspiration with the melodramatic vitality of one of the great Hitchcock films,” says Music Director James Levine.
(Source: Met Opera Website)
I'm a huge Hitchcock fiend, and this idea really stuck me. Tosca does have that claustrophobic victimization and entrapment Hitchcock used so well. So Tosca has a little in common with Ingrid Bergman's character in Notorious, trapped by her own sensuality and thrown into intrigue. The light and composition are inspired by Hitchcock, and the wings of the angel reference his most famous film, as well as his use of well known monuments.
The lettering needed to be ornate and capture the style and richness of Rome. 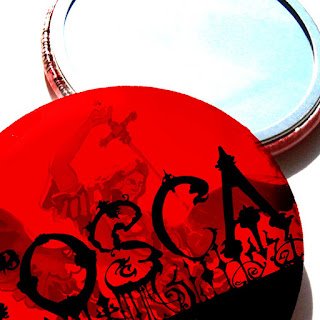 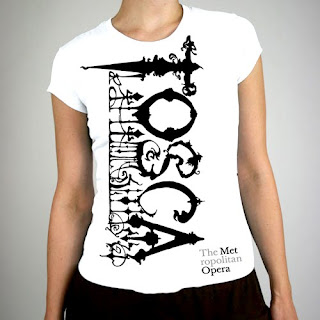