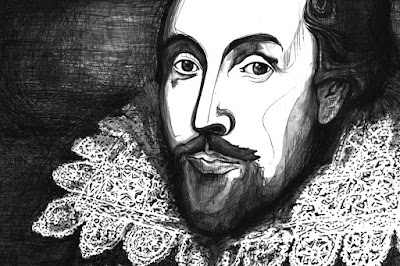 an article by Ashlie E. Montana
(illustrated by E. Schuch)
“…read him, therefore, and again and again; and if then you do not like him, surely you are in some manifest danger not to understand him.”
--John Hemings and Henry Condell, in the prefatory remarks to Shakespeare’s ‘First Folio’ in 1623 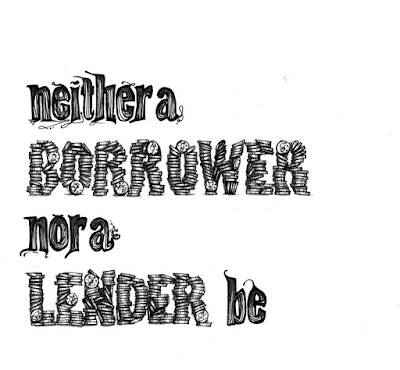 Anyone who has spent time immersed in the world of Elizabethan literature knows that at the first, it is a labor of love to comprehend the elegant prose and sometimes-unfamiliar wordage contained in those magnificent works. The writings of Shakespeare are a beloved favorite among many literary fans, and have been widely read and appreciated for 400 years.Despite his obvious popularity among scholars and leisure readers alike, it is not often recognized just how much Shakespeare contributed to the English language as a whole. His literary inspiration is cited for such writers as Herman Melville, Charles Dickens, Thomas Hardy, William Faulkner, Samuel Taylor Coleridge, and Lord Alfred Tennyson, among other authors in the 1800s. However, Shakespeare’s influence extends beyond style and characterization to the major development of the English language as we know it today. 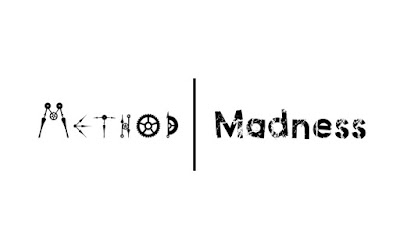 Elizabethan English was written the same way it was spoken, making grammar and sentence structures very vague. It was a language that explicitly expressed feelings. The volume of different words in 16th century English was also limited, making it difficult to express certain ideas and scenery in written language. Shakespeare became known for borrowing from classical literature and foreign languages to create the words he needed for his writing. He changed nouns into verbs, verbs into adjectives, and connected words never before used together by adding prefixes and suffixes, in order to devise words that were wholly original. Because the Bard and his work was such an influential person in Elizabethan culture, many of these new words trickled into common dialogue and expression among the English-speaking people.
His contributions have been recognized as early as 1598, when Francis Meres placed Shakespeare among the writers who had dignified the English language. Samuel Johnson’s ‘A Dictionary of the English Language’ quoted more phrases from Shakespeare than any other writer. His individual style developed the usage of blank verse. By expressing emotions and situations in verse-form, he inspired a natural flow for language with an added sense of drama and spontaneity.
Of the 17,677 different words used by Shakespeare in his works, 1,700 of them are believed to be products of the Bard’s own imagination. It is incredible to consider the influence Shakespeare still has on our language, even as much as it has changed in the last couple centuries. Many commonly used phrases and figures of speech have been coined from his writing. 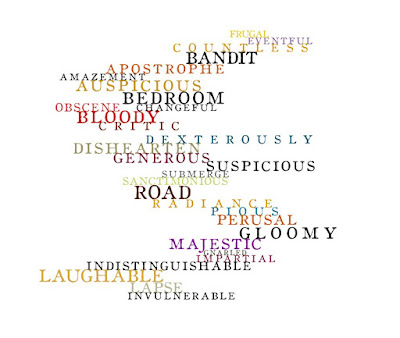 Shakespeare’s birthday is celebrated in this week in April every year, and provides a welcome opportunity to indulge in the beauty and distinctiveness of his work. A fine tribute to the Bard is the use of his phrases and quotes in everyday conversation. Here are a few Shakespearian words and phrases to inspire you. For maximum effect, a British accent is suggested. 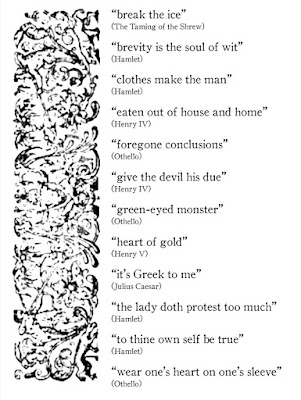 Whether you are inclined towards reading, speaking, or writing in the classic style of Shakespeare, we hope you continue to appreciate the Bard’s mastery of the English language and the contributions he made to it through his work!
Ashlie E Montana is a freelance writer in Wisconsin. She enjoys poetry and good coffee, and can often be found in the forest, daydreaming about her next story project.
Posted by E. Schuch