Tales of the Unexplained: Film-making 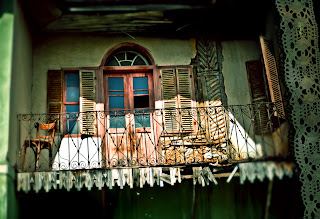 For the past year or so, there's been a big project brewing in the studio here in London: an independent  Greek-language feature film called 'Ο Χειμώνας' ('The Winter.')  It's a project that's taken a whole lot of hours and is very close to my heart.
When my favorite Greek director inherited a spooky 17th century house in a sleepy mountain town in Northern Greece, creepy family stories emerged that just screamed to be woven into a film.  The story follows an eccentric young Greek running from debt in London, who hides in his abandoned family home in Greece, unearthing the mystery surrounding his father's death and hold on to his sanity in a haunted house. 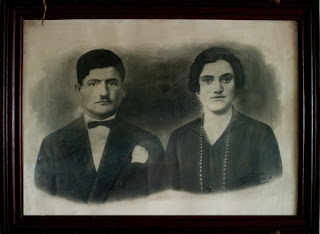 Since January 2010, we've been crafting the story and the concepts for the film, leading us into strange adventures in treasure-hunting, psychic ghost-hunting, and other madness.  In Autumn, we found the support of producers in Athens, and now we've some fantastic Greek cast confirmed, along with music by the group Active Member.   The story will be a mix of live action and CGI trickery, and I'll be handling the design work.
At the moment, we're getting ready to shoot as soon as the cold hits the mountains. 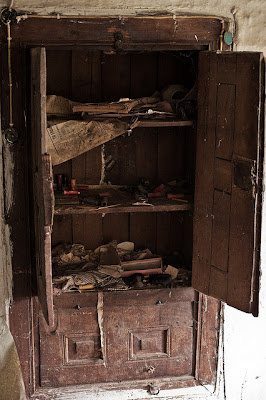 The house is genuinely known to be haunted by the locals...  having been used for black market trading, a prison during the occupation and a fur-making shop. When we put the script together, some of the scarier stories we left out!
You can follow the updates on the project on our spiffy multi-lingual blog here.  I'm hoping it make it through without spotting any shadowy beasties, but with garlic and a flashlight, everything should be fine.
Posted by E. Schuch No comments: