The Final Tragedy: Timon of Athens

In the Immortal Longings Shakespeare Series, only one tragedy remained un-illustrated, until now. 'Timon of Athens.' Inspired by the Cycladic Art Museum and some of the sights on a recent trip to Athens, I decided the time had come for Timon.  (It's a great museum for a visit, if you have the chance.)

Much of the artwork had sophisticated linework, with striking red/black/white colours, that I decided to keep that palette and the style of ancient pottery illustration in my version. 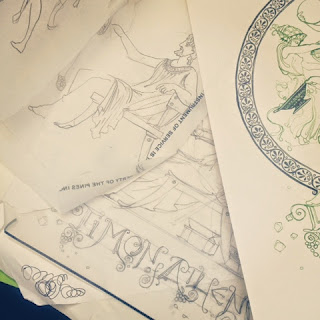 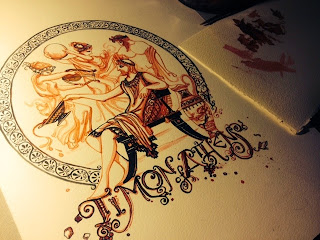 The dancing figures are Timon's fairweather friends and servants, and the border motif breaks down along the right-hand side, showing the unraveling of the edges of Timon's world. The joy of the party is undermined by Timon thoughtlessly spilling his wine (representing his wealth) into the ground, the rich vase is cracking, and  along the title, stones and grapes fall away off the page.

See the print on Society6. 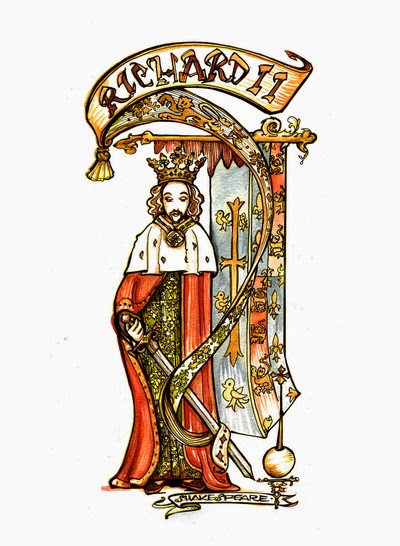 Meet Richard II, the first in my latest drawings from Shakespeare's History Plays.
Designed with a nod to fabrics from his iconic Westminster portrait and his heraldry, Richard is an interesting King to characterise.

“You may my Glories and my State depose,But not my Griefes; still I am King of those.” - Richard IIShakespeare
Posted by E. Schuch No comments:

In a tattoo style, with inspiration from historic fonts, this reassuring quote is making its way onto the page. 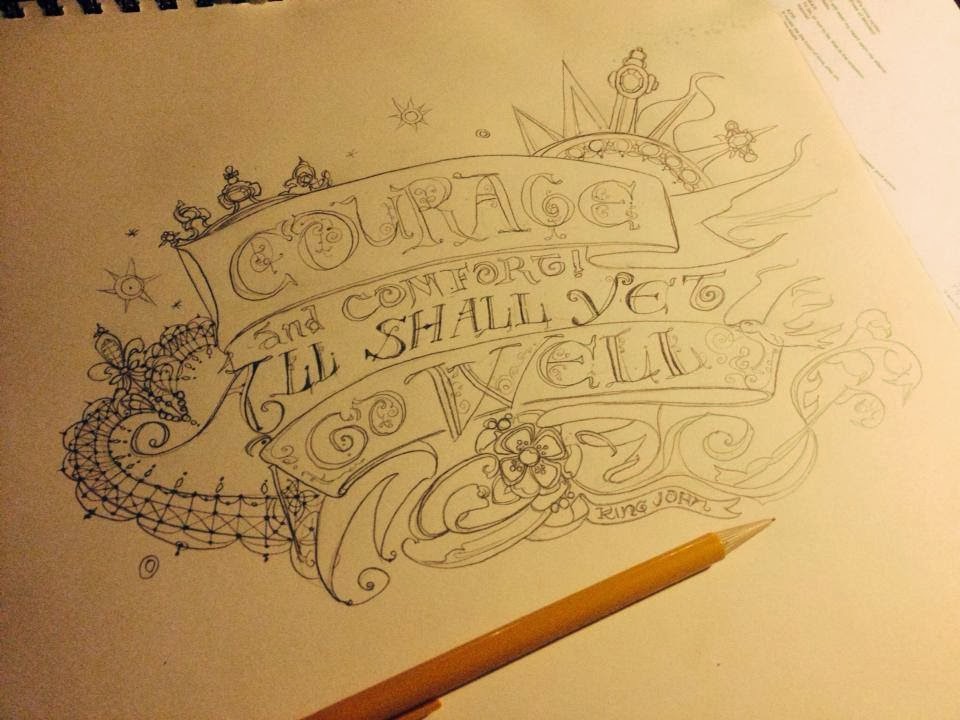 "Courage and Comfort! All shall yet go well"
King John
Pencil and Ink
Posted by E. Schuch No comments: 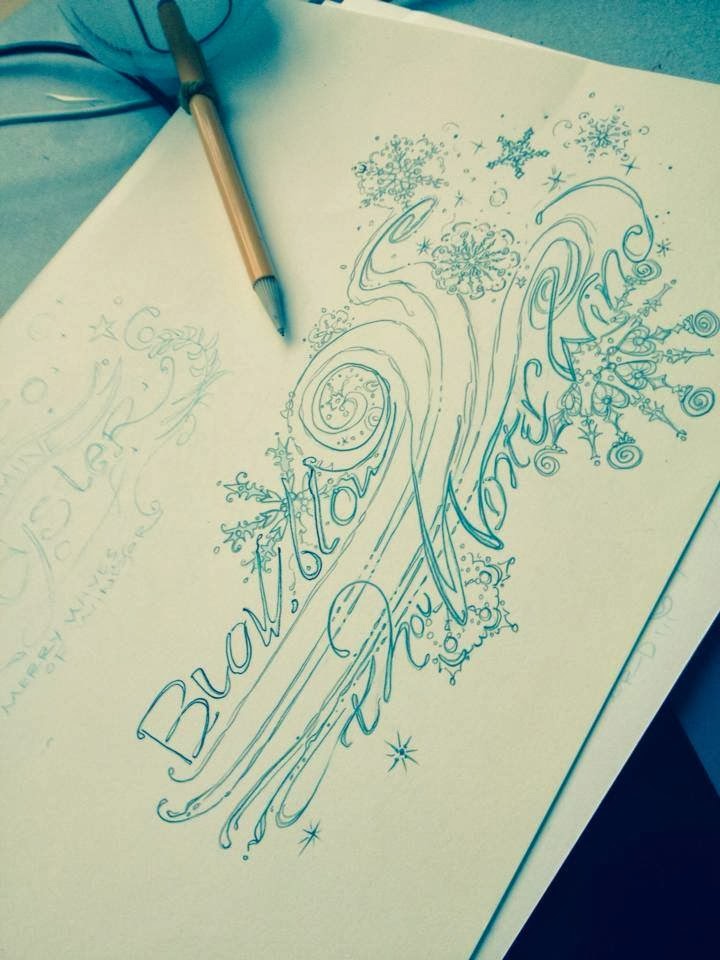 An illustration fitting for the cold and odd weather that's around this winter:
'Blow, blow, thou winter wind."
As You Like It

At long last, the timing was right for my long-awaited stab at my own take on Julius Caesar.  With a background inspired by the Pantheon in Rome, and by a fantastic statue, I've tried to make a framework majestic enough for the legendary dictator.
Caesar on Society6

Love is in the Air - Valentine Inspiration from Shakespeare Quotes 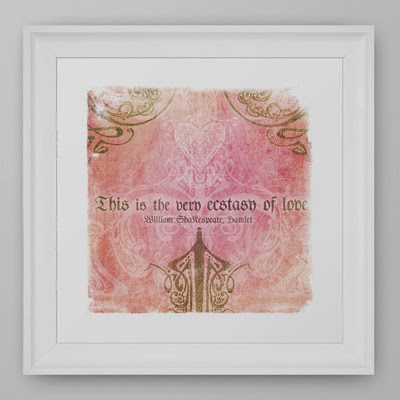 View the whole collection on Society6! 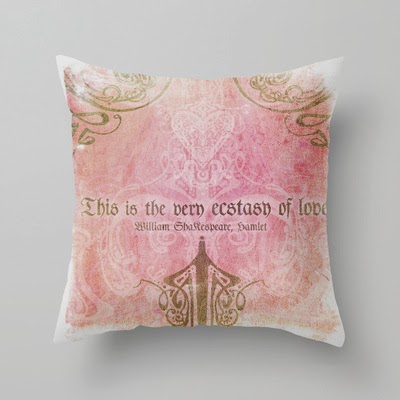 Design Reseach: Inspiration from Paris Fashion of the teens and Erte...

Researching for some new designs, and the perfect inspiration is the fashion drawings of the teens. The illustrations have incredible linework, saucy poses, clever details and of course, beautiful designs. I always feel like I can learn a lot from the chic ideas and execution. 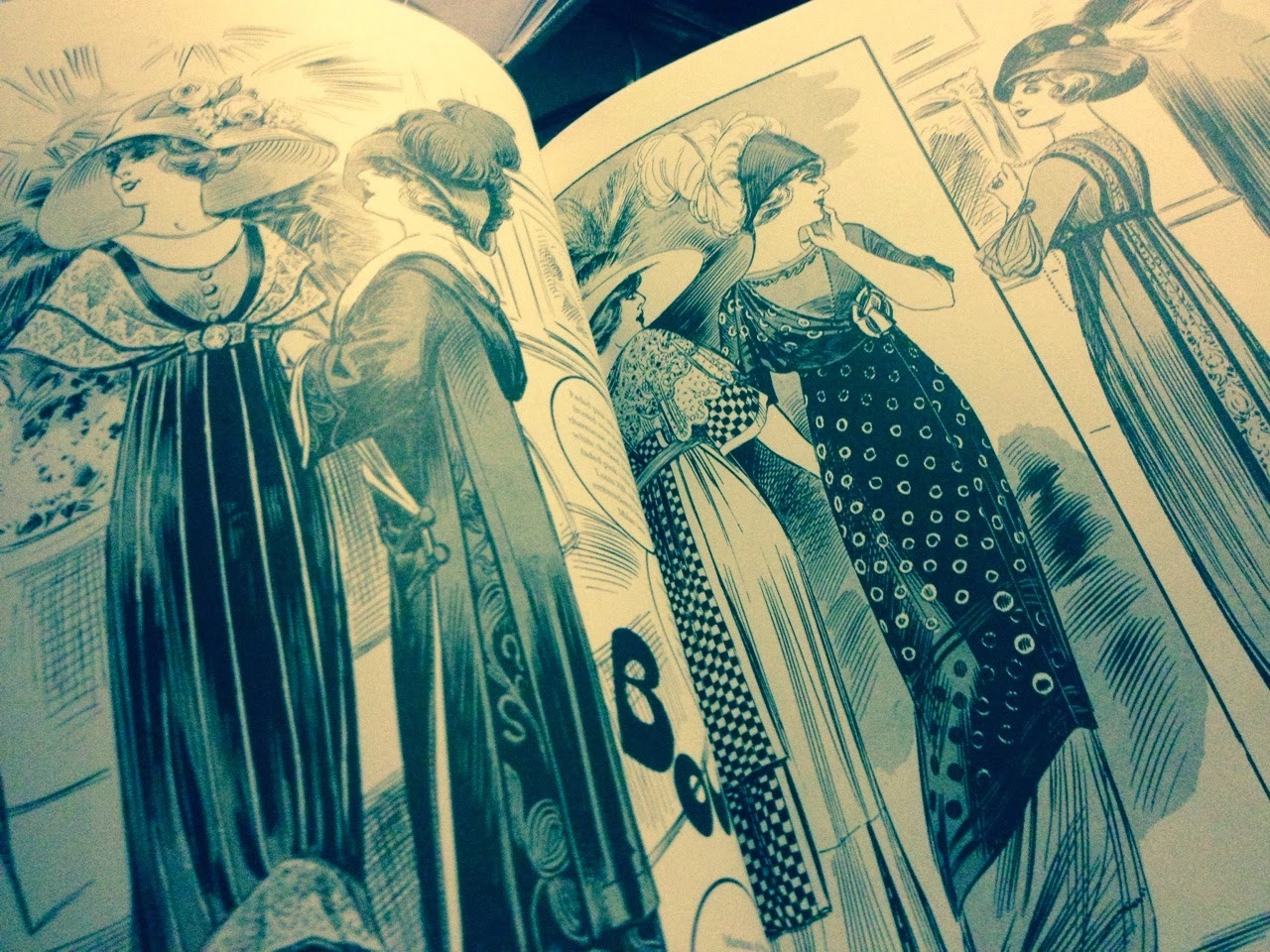